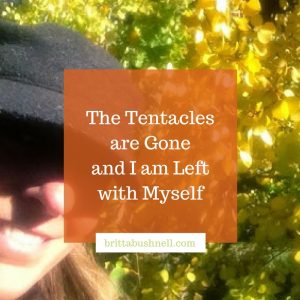 It hit me while we were in Tuscany this summer, that now with my graduate course work done, I would no longer have three day school trips to mark my month and give me two nights a month in a hotel room, ALONE. That obligatory time away was over even if the amount of work will still be high all the way through the dissertation labyrinth. Could it be possible that part of my joy and certainly part of the stamina that got me through all three years of grad school was the image on my Google Calendar of a band of color stretching across three days? The image yes, but more likely what it represented. For me, as a mother of two school age boys who highly values her alone time, getting away for two nights every month was not only self-satisfying, it was necessary.

It was also in Tuscany where it became strikingly clear to me that the Upperworld was calling me to re-enter and deepen my focus on career. Enough time spent frolicking in the Underworld of child rearing…time to come up and share what I have learned! Brent got it too. Together we would inch my career up on the priorities list of our lives. It would require both of us.

Unlike some couples, we rarely are able to go out of town at the same time. If Brent goes away for business or pleasure, I’m home with the kids and he does the same for me. One of the two of us has to be home to tend to nighttime diabetes management for our eldest. Planning our travel calendars is a complicated business. Last year was easy! With the exception of Brent’s one trip to Africa (while the boys and I roughed it on a beach in Thailand) we were always together. We’ve been home almost 2 months now, and that has already changed. We knew it would and planned for it as best we could.

One change we made was to make this year no different than my years doing course work. I would go away every month for three days, even stretching it to three nights. We put two such “writing retreats” on the calendar a few weeks ago and I crossed my fingers that they would actually happen.

Yesterday, I was due to leave at noon. Brent was having a rough day, the boys were cranky, the house was overwhelmingly in need of more focus and I was due to leave at noon. It would be my first of what would hopefully become monthly excursions. I’d like to say that at 2pm when I was debating the sanity of leaving, it was because of the external forces nagging at me to stay, but mostly, it was my own resistance. I would have thought I would dive headlong into the car and send a wave out the window as I sped off down the driveway into “my time.” That’s not what happened. Instead, I deliberated. I asked if I should go. I looked at all the reasons to stay including the fact that I’m not even ready to start typing words and writing my dissertation! What would I even DO on this “writing retreat?”

Brent and I had a great talk that afternoon, connecting and sharing as we haven’t had the opportunity to in some time. During our talk, it became clear to me that I had to go on my “writing retreat” just to communicate to my system that I am worth it! This particular few days away have little to nothing to do with tangible results in research or writing. This retreat, was about carving out the time for myself and making that a priority even when it is not a good time (doesn’t every mother know there is no such thing anyway?!). I had to pick my butt up, pack some stuff (yes, I did load a bunch of books for good measure), and get myself on the road for no reason other than it was scheduled time for me to devote to ME.

I drove to Mammoth, a far longer drive than the ones I use to take to Carpinteria for school. I listened to a wonderful travel memoir as I drove and hung out with myself. My co-pilot, Nanna and I made good time as she never wanted to get out of the car and I was able to just drive. It was maybe three or so hours into the drive when I suddenly felt truly alone. I was grateful for Nanna’s company as I was surprised by the sensations rising within me as the distance between me and my family grew.

It’s been well over a year, closer likely to 18 months since I have truly been alone. Being alone was once like a vitamin that needed to be taken regularly, but since traveling, I must have recalibrated my system. I found as I drove and the night fell more vast in front of me that I was off kilter, anxious almost. The sky was dark, not Los Angeles dark, but dark like the inky shadow that falls to the east of the Sierra on a moonless night…kind of dark.

The road was familiar enough, but I was not. Who is this woman that lives in my body now? What is she like when the tentacles that move outward from her body and masquerade around as her family have come dissociated from her? What is she doing all the way out on the 395 in the middle of the darkness with only her dog and a suitcase full of books?

The condo was cold and comforting, welcoming me as a place that truly is my other home now. Nanna bounded up the stairs, happy to be here. As I pulled out heaters and lit a fire attempting to warm the space, I had to watch my thoughts. Every strong wind set me on edge, I was careful to lock the doors, and decided that heavy set of books could wait ’til morning to make the journey from the car.

This nervous woman was unfamiliar to me. I love being alone, remember! In the still energy of the night, I was vibrating like electricity… not the good kind! My entire system was reacting to being alone and so far from family. I remember a similar feeling after KK was born and I left him for the first time. This was not very different.

Part of it was being away from my loved ones, but a bigger part was being alone with myself. What would I do? How do I make the most of this time? Could I just open a bottle of wine and watch period pieces? Do I need to have something to show in order to justify this time away?

I’ve now been here almost a full 24 hours. The darkness has fallen again and I’m far more settled. I did watch a period piece last night and the wine is waiting for me on the counter now. I’ve spent much of the day on this computer doing what I could for my dissertation, the sort of stuff that has to do with emails and formalities rather than writing and research. I worked on my website, while not related to my dissertation, is part of focusing on my career. Inanna and I took a walk to the Village for happy hour, only to learn that my favorite place for sangria outside of Spain was closed (note to self, Sidedoor is closed Mondays through Wednesdays whether that means future “writing retreats” should or should not happen on those days is yet to be determined).

Tomorrow is set for a full day devoted to re-entering my dissertation: book exploration, quote extraction and re-reading my concept paper. I don’t know if I’ll get it all done or even if it really matters. For this trip was mostly about re-entering what it means to be by myself. In that area, it has been wildly successful already.

Posted in family, parenthood
← The Gifts of Seventh-Grade: The Joys of Traveling with TeensGestating Our Journey: Re-entry After a Year of Traveling →